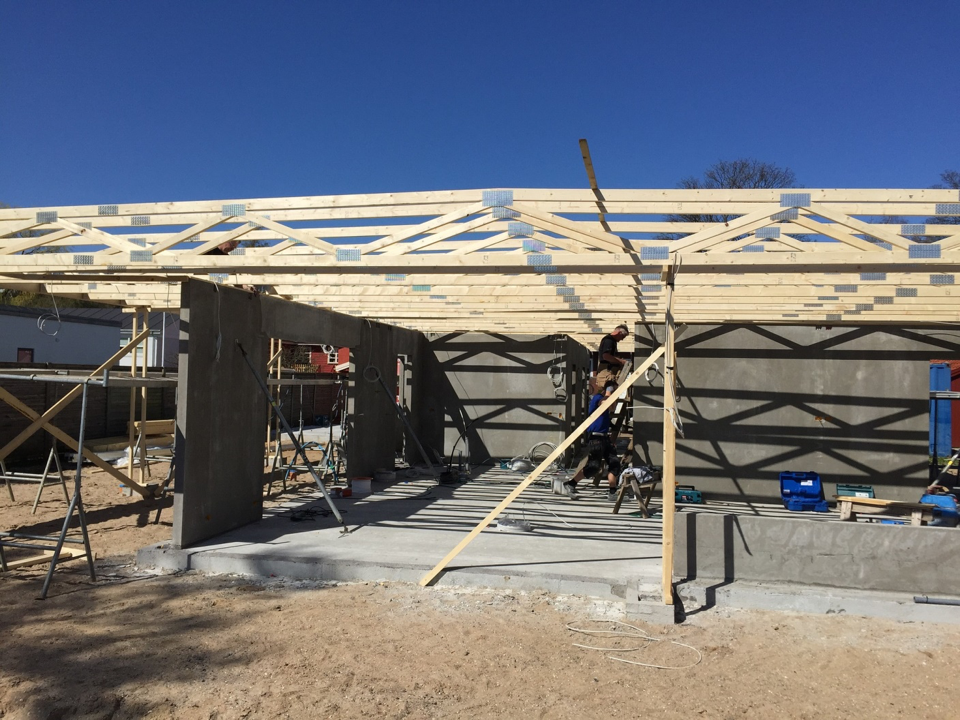 Flat roofs can present exciting options for design and a creative look for newer homes. But when it comes to flat roof installation, it helps to pick the right materials to make sure your roof lasts as long as possible without letting the outside elements get the best of your home. Today, there are tons of different options available for families who want to build flat-roofed homes without dealing with the traditional problems posed by flat roofing. If you get the best material and the best midlothian roofers for the job, you’ll be looking at a long, prosperous life beneath the same strong, protective roof you build decades ago. If you’re trying to build a flat-roofed home and are stumped about what the best option for materials might be, don’t panic. From single layer roofs for milder climates to heavy-duty options for harsher environments, here are a few options to choose from.

Single layer membrane roofs, which come in a variety of types but favor rubber, are considered to be the gold standard in flat roofing technology. Because single-layer roofs are installed as one sheet of durable yet strong material such as rubber or polyvinyl chloride, they’re more durable and able to withstand rain, snow, and year-round moisture in damper climates. Unlike other flat roof types that require more material and a more sophisticated layout, single-layer roofs use their minimalism as an advantage, they’re much better for climates that deal with a lot fo year-round change in temperature. They’re also fairly easy for roofers to install since they’re composed of a thin, single sheet of material. Other materials types for single layer roofs are Chlorinated polyethylene and chlorosulfonated polyethylene sheets, Neoprene, and polymer-modified bitumens. These are known as thermoset or thermoplastic membranes, which can be installed seamlessly (or made out of two heat-applied sections) to protect houses even more against leaks. There’s also the possibility of a second layer for extra protection made of fiberglass or polyester. These types of roofs are extremely resistant to UV rays as well as weather damage. As an older moderation of built up roofing conceived of in the 1960s, modified bitumen roofing has classically been used on homes located in colder climates. As built up roofing is compiled of many thin layers of protection and topped off with a gravel-like top sheet of stone or asphalt, modified BUR involves adding another protective top layer made of a weatherproof material like fiberglass for added reinforcement. These are known as cap sheets and can be made of similar rubber-like material as many single layer membrane roofs, such as polymer or styrene butadiene styrene, to help block UV rays and fight against damage. These roofs are usually applied with heat and can last for up to 20 years with the right application. Modified bitumen roofs are also extremely resistant to fire, hail, and extreme moisture. Though these roofs can fight UV rays, they do attract heat due to their cap sheets, which can end up creating an unpleasant temperature in a home. For this reason, this type of roofing is far better suited to colder climates with mild summers.

As the classic style of flat-roofed homes, you’re likely to see built up roofing without any modification in most older homes that use the flat style. These roof types were originally created using layers of seamless material and a top layer of stone or asphalt to combat against the traditional issues faced by flat roofs. Before built up roofing, there was no way to create a flat roof using traditional asphalt shingles that could actually stand up under bad weather. By using layers and a strong top coat, built up roofs make it possible for flat roofs to withstand a range of weather rather than only being suitable for mild climates. However, built up roofing does rely on older technology and for this reason isn’t always the best choice for newer homes in versatile climates. These roofs tend to last around 25 years and are an extremely cost-effective choice for homes in moderate climates. However, because built up roofs rely on many layers to protect a home, they end up being heavy and often need to be reinforced frequently, which can be costly to do with any regularity, especially for a roof that’s only made to last for two decades. In addition, if the gravel or stone top layer starts to crumble, it can end up getting into a home’s gutters and creating a problem with water drainage. 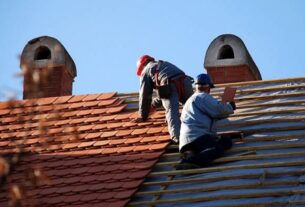 Big Reasons for A Good Roof 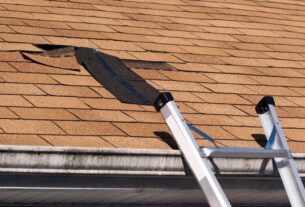 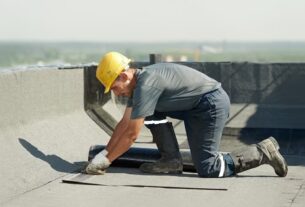